Some surprising things can occur when its time for duct cleaning, whether by yourself or or armed with the professional help at Environmental Doctor. We’ve been asked from time to time what might be some of the stranger things we’ve encountered as we work our way around the Dayton Ohio area, and thought we’d share some stories from around the web.

The Common Culprits of Dirty Ductwork

Most commonly, besides a whole lot of natural dust, we often find, hidden in the depths of all that ductwork that connects your heating/ cooling units to the rest of the house, dead mice, old food, pet toys, marbles, dice, beer bottles and of course old girlie magazines. We take great care to remove all debris leaving your ducts good as new.

And Some Bizarre Duct Cleaning Items Too 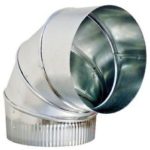 One of our friends in the industry claims to have found a dead fox in an office duct cleaning session, as well as an old shoe and a diamond ring, all on the same day!

Additionally, according to Bob Wells, a retired HVAC tech who now dedicates himself to sharing knowledge on his website hvactraining101.com:

We encountered a “4-foot long ball python had crawled into the ductwork. Apparently, the snake found two attractive reasons to crawl in – warmth and mice. I took a glance around, thought I saw the thing once or twice, and decided to call animal control. They were able to flush it out and get it with some kind of noose.”

Bob also goes on to describe some of the more lurid items he’s uncovered (such as  heavy metal CDs and a marijuana stash) here: www.constructionjunkie.com.

Never Fear We Are Here

All of this can become a bit overwhelming, so why not leave the job of duct cleaning your Dayton Ohio home or office’ ductwork to the pro’s at Environmental Doctor.

Your Prescription for a Healthy Indoor Environment