Dayton receives higher than the state average of rainfall for Ohio. With that considered, it’s not unusual that your home or office might suffer water damage. Is there a new musty smell where before there was only clean air? Those unusual spots you’ve noticed on your ceiling, floors and walls could be warning you of a mold problem. Why risk health or property damage, when professional mold testing by Environmental Doctor is the key to finding the correct solution? Our knowledgeable, experienced staff provides comprehensive scientific testing services for the area. We will determine the impact of allergens, mold and other contaminants at your location.

No Spore Left Behind 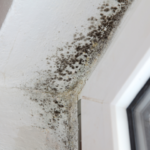 Our Indoor Environmental Professionals (IEPs) can check for fungal spores and get to the heart of your mold problems. If testing has uncovered the presence of indoor contaminants, our professional services don’t just end there. Our specialists will work with you to determine which remediation options best suit your sensitive indoor environment. Follow up testing will determine the success of removal. We don’t limit this merely to visual inspections, either. Materials sampling, particle counting, olfactory evaluation and moisture measurements are among the tools we use to ensure the well being of your home or business.

Mold isn’t only a health problem. Sometimes it is an evidence problem.

That’s what the Austin Police Department is learning after mold testing revealed the presence of mold on 850 DNA samples from rape kits.

Signature Sciences, the company that tests DNA kits for the APD, found mold on 850 out of 1,629 samples analyzed. A faulty seal on a refrigerator is to blame.

“What we found in the refrigerator was that there were kits that were in there, evidence that did have mold, that was apparent on the outside of these boxes,” APD Interim Chief Brian Manley told TWCNews.

No Cases Expected to Be Affected

“What’s important is well over 1,000 we have sent from that same refrigerator have been opened and have been processed, and we haven’t gotten any reports of mold in those kits,” Manley said.

Concern for the Confidence of Survivors Coming Forward

Though the ruined samples have not affected any cases so far, some are concerned rape survivors might lose confidence their cases are given the diligence they are due.

“My biggest concern is and always has been about survivors and their ability to feel confident and comfortable seeking services and seeking justice,” said Melinda Cantu with The SAFE Alliance.

According to an APD memo, none of the evidence in this particular walk-in cooler had been tested and, therefore, “had never been considered as DNA evidence in the deliberation of any case already adjudicated.” Still, it was fortunate the mold testing was done and the problem identified before more was lost.

“As we’ve gotten the facts about the situation, we’re not alarmed. Right now, there really isn’t any need to consider this something that’s a debacle or a catastrophe in any way. There is no present impact on any cases in this office,” Travis County District Attorney Margaret Moore told KXAN.

Your Prescription for a Healthy Indoor Environment

Have Your Building's Mold Testing Done By the Experts

You live and work in an area where water damage is not unusual. That musty smell and unusual spots you've noticed on walls, floor and the ceiling could be alerting you to a mold problem. You don't need to risk damage to health and property, though, as our team of environmental experts can check for fungal spores and get to the heart of the mold problem. Our knowledgeable, experienced staff provides comprehensive scientific testing services and can determine the impact of allergens, mold and other contaminants at your home or business. From visual inspections and materials sampling to particle counting, olfactory evaluation, and moisture measurement, our experts can perform comprehensive testing.
WordPress Image Lightbox